CHECK YOUR ID – USING THE LINK AT THE BOTTOM.

Pretoria – The Department of Home Affairs has made public the names of 29 000 people who share their ID number with someone else – in a bid to assist those with duplicated IDs.
Home Affairs Director-General Mkuseli Apleni said at a media briefing in Pretoria on Thursday that the names of those affected had been put up on the department’s website – www.dha.gov.za – and that they would also be published in print media across the country from 8 May.
The names of those affected will be published in titles such as the Sowetan, The Star, Pretoria News, Cape Argus, The New Age, Daily Dispatch, The Herald, Die Burger, Diamond Fields Advertiser, Illanga, Volksblad, the Witness and Cape Times.
He urged those whose names appeared on the website and in the newspapers to go to their nearest Home Affairs office so that they could receive assistance.
“Due to security reasons the publication will include only the name, birth date and area of last known address,” Apleni said.
South Africans will also be able to check if they share an ID number with someone else on a SMS track and trace service. Citizens can send a SMS with the letter D (for duplicate) followed by their ID number to 32551. SMS charged at R1.00

They will then receive a response informing them if they are one of those affected.
“The department will be increasing dedicated capacity of officials within the Civics Branch, charged with resolving these issues so that these cases can be dealt with effectively and efficiently,” he said.

Home Affairs offices will also have dedicated counters to help those affected.
Apleni said the department recognised that duplicate IDs caused grief to a number of South Africans and was committed to addressing the problem.
The first phase of the campaign to deal with duplicate IDs will target the 29 000 people who share their ID number with someone else. The second phase will focus on the other 83 000 who have more than one ID number. –
Click on the link below to check your ID number. 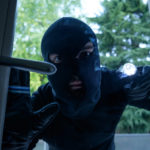 Next:
Safety Awareness at Home