In the interests of transparency I am writing to you to inform you about recent developments vis-a-vie the absurd and irregular “lease agreement between RRVA and Vodacom” for rental of land owned by City of Joburg on which Vodacom constructed a cellphone mast almost 20 years ago.

In response to the notice sent to us our ward councillors in early December, we requested an extension of time (until the end of January 2020) arguing that many of our members would be away and therefore would not be in a position to consider their positions, or object, before the deadline set by the City of Johannesburg Property Company.  One of our members did however lodge a written objection and I responded with a letter (see attached plus two annexures thereto – links at bottom of this post) providing necessary background which I circulated to Vodacom, City of Joburg Property Company and our ward councillors.

In January this year I was contacted by Riaan Bakker (Vodacom’s Property Specialist) who acknowledged that a serious mistake was made in that “rental” income was paid to RRVA instead of City of Joburg for the past 10 years and that Vodacom never paid any monies to City of Joburg who are the rightful owners of this land.  He was not able to offer any explanation of how this happened.

Riaan personally stopped all further payments to RRVA about four months’ ago after our former chairperson Phil Culham approached him following letters we sent to each member of the previous Board of Directors in August and October 2019 demanding an explanation for this apparently fraudulent lease agreement.  As a result, we can expect to receive no further monies from Vodacom – either in the form of “rental” or “sponsorship”.

He confirmed that Vodacom had handed this matter over to their legal department and will endeavour to enter a valid lease agreement with City of Joburg from this date onwards.

Unless the City of Joburg attempts to claw back lost revenue from RRVA (which we deem unlikely), the RRVA Board of Directors currently have no intention of taking legal action against the past directors.

The RRVA Board of Directors have no objection to City of Johannesburg entering a legitimate lease agreement with Vodacom – the mast has been in service for the past 20 years and most of us benefit from its presence.  We know of no further objections from our community but we have requested an additional extension of time for you to lodge objections – until 15 February. 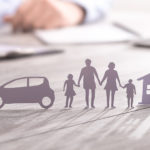 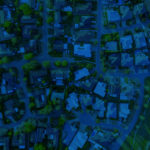