The RRVA operates in the area of Randpark Ridge area as seen below, bounded by Ysterhout Dr, Rabie St, the N1 Western Bypass, Beyers Naude Dr (M5) and Molope roads. This operating area includes a primary school, a high school, a small shopping centre, and about 1150 residential homes – approximately 370 of whom are RRVA members. A stream (flowing west to east) and greenbelt (Hymany Park and Essenhout Park) bisects the Village. The road network within the RRVA operating area is approximately 32km long. 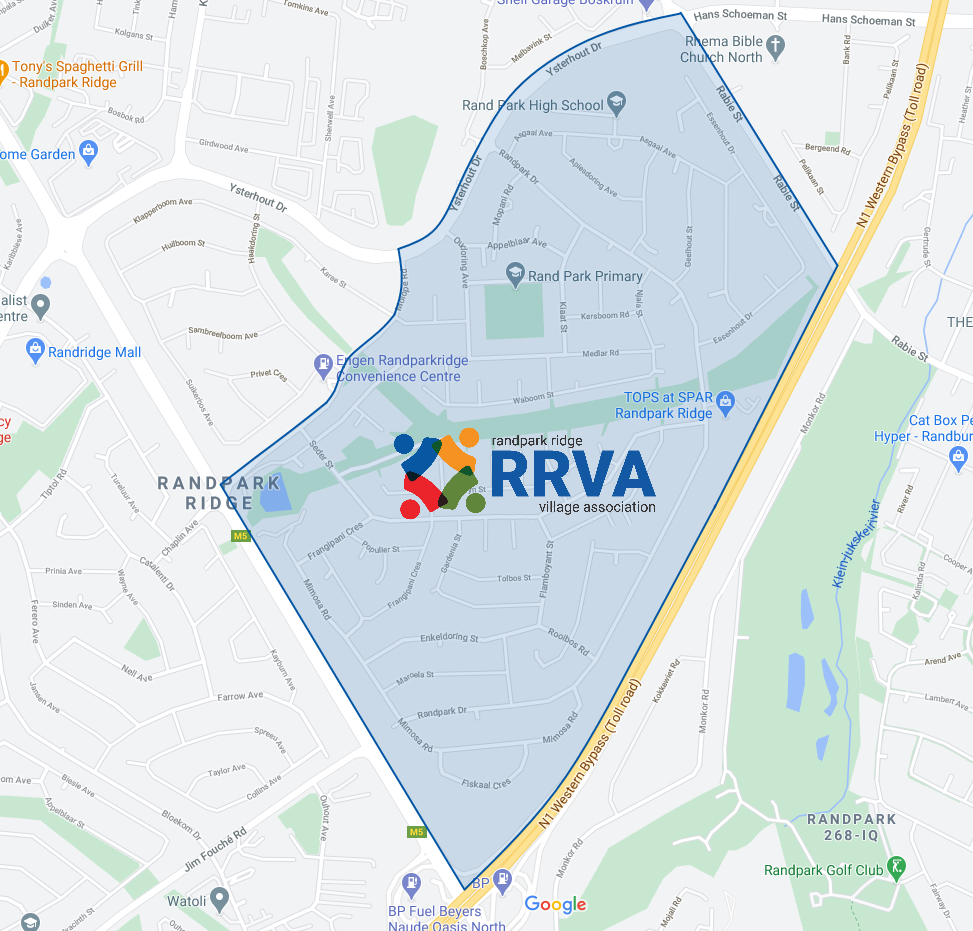 One of the oldest surviving buildings in Johannesburg sits right in the middle of Randpark Ridge. The beautiful and elegant Hy Many House.

Randburg was originally divided into four farms: Klipfontein, Driefontein, Olievenhoutspoort, and Boschkop. These farms were then subdivided amongst the sons of the early settlers. A portion of the farm Boschkop was bought by Rand entrepreneur and magnate, John Dale Lace, on which the house of former owners the Labuschagnes was built in 1860.

Dale Lace and his wife, the flamboyant socialite, José Dale Lace, converted the original homestead into their country residence and named it Hy-Many House (Meaning “The Home of the Kelly’s”). They were quite a couple, with various stories of them driving out to their country estate in a cart, pulled by zebras!

Originally there was a glorious avenue of jacarandas that led up to the homestead from the old Muldersdrift Road, now called Beyers Naude Drive.

Sadly, this beautiful gem has fallen victim to inevitable development, and is today accommodated within a smart complex of 15 townhouses. She has however been lovingly restored, and sports some of the oldest Jacaranda trees in Gauteng in her garden, and echoes the beauty of the Cape Dutch style.

As you turn right off Seder Road and into Frangipani Road, have a look to your right where the green palisade fencing is… and take a moment to enjoy our resident grand old lady.